Come and join us at the oldest university in Poland and one of the oldest in Europe: live and learn at the academic heart of Eastern Europe, home of excellent researchers in many disciplines, including humanities, medicine, social sciences, mathematics or natural sciences.

Kraków has been known as a leading academic centre in Poland since 14th century. Although there is a great number of respectable universities in our country, it is Kraków that immediately evokes images of student comradery and professors strolling through the streets of Old Town. This centuries-long academic tradition goes hand in hand with modern approach to education and state-of-the-art technology. For instance, Ruczaj, one of the districts located on the outskirts of Kraków, is rapidly transforming into a thriving centre of student activity thanks to the 3rd Campus of the Jagiellonian University. The fact that most higher education institutions in the city are sited near one another allows for a very close cooperation—not only scientific, but also related to culture and leisure. 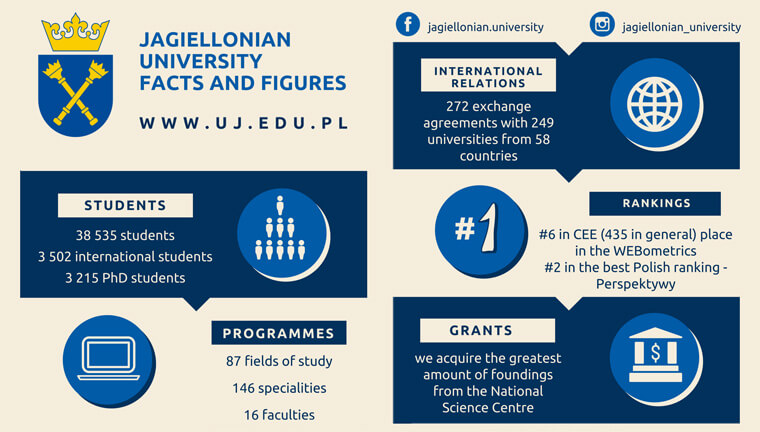 The Jagiellonian University is the oldest higher education institution in Poland and one of the oldest in Europe. It was founded on 12 May 1364 by the Polish king Casimir the Great. The Jubilee year 2014 marked the 650th anniversary of this remarkable event. Since its very beginning, the Jagiellonian University has been an international institution. Poles, Ruthenians, Lithuanians, Hungarians, Germans, Czechs, the Swiss, the English, the Dutch, the French, the Spanish, Italians, and even Tatars studied here in the old days. 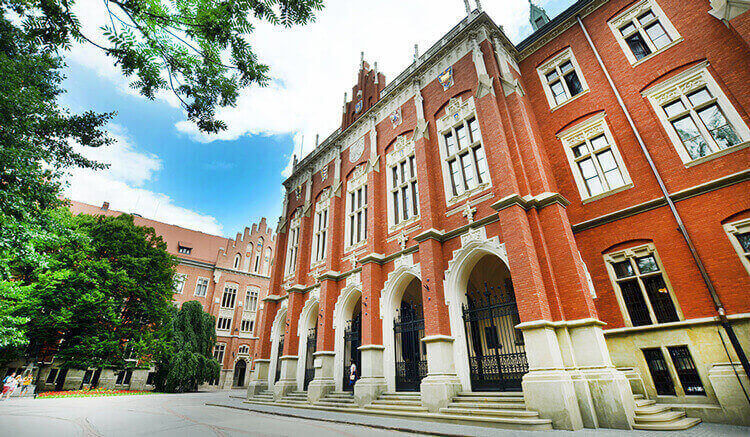 Today, the Jagiellonian University comprises 16 Faculties, where nearly 4 thousand academic staff conduct research and provide education to over 40 thousand students, within the framework of more than 80 different fields of study. The eminent researchers and state-of-the-art infrastructure make the JU one of the leading Polish scientific institutions, collaborating with major academic centres from all over the world. The Jagiellonian University is also home to about 150 student societies, where young researchers pursue their academic interests and develop friendships with people who share their passion. 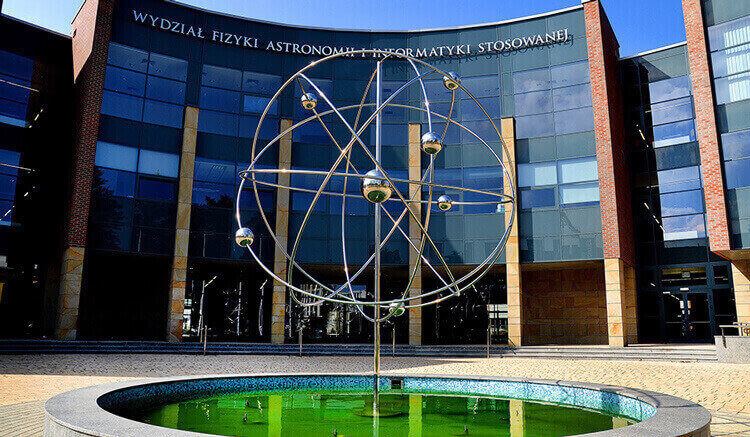 The university's prestige in both Poland and abroad is illustrated by its widely recognised research achievements. The scientists and physicians from the JU Medical College carry out pioneer studies, e.g. in cardiac surgery, urology and neurology, often leading to the development of novel treatment methods. Their findings have been published in some of the most prestigious international journals, for instance European Journal of Cardio-Thoracic Medicine, New England Journal of Medicine, and Lancet. JU archaeologists explore the secrets of ancient sites in various parts of the world, including Egypt, Cyprus, Central America, South Asia and Altay. The astronomers take part in the most important international projects in their field, including H.E.S.S. and VIPERS, whereas the results of research by JU biotechnologists have been published in such reputable specialist journals as Bioorganic and Medicinal Chemistry, Molecular Ecology Resources or European Journal of Human Genetics. These are only some examples of remarkable successes for which the Jagiellonian University has been famous in recent years. The current position of the JU is also reflected in the growing number of patent applications and the growing number of patents granted to its academic staff members—there were 8 applications and 2 patents in 2007 and as many as 60 applications and 11 patents in 2013. Unsurprisingly, the Jagiellonian University staff have been honoured with a number of prestigious distinctions and awards, including the elite awards of the Foundation for Polish Science (“Polish Nobel Prizes”) bestowed upon JU professors: Jan Woleński, Tomasz Guzik, and Jan Potempa during the years 2010–2013. 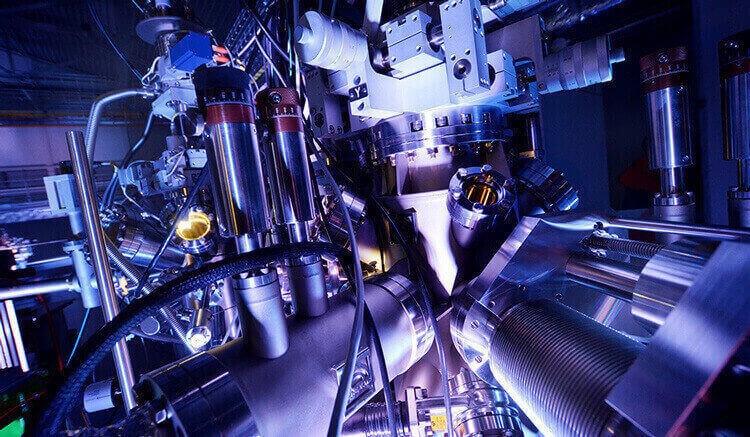